Resources How to draw caricatures?

The art of caricature is not limited to a grotesque drawing on a beach or in front of a quaint store in a tourist spot. Even if there are still a large number of street artists practicing this style of sketching, it can also be found in press cartoons, whose satirical spirit of these political and societal caricatures, requires a real technique in order to get its message across. How to draw an effective cartoon? Understand the history of this type of satirical image, with such a particular graphic style, and discover the basic techniques to make a funny drawing with a strong message, or a softer one, simply provoking laughter.

What techniques to draw a caricature?

First, before you fully embark on the caricature, draw simple geometric shapes based on triangles, squares or circles. Then, try to integrate the facial elements directly into these previously drawn shapes, in order to obtain characters with little detail, but with strong exaggerated features. Make many small sketches like this in order to practice, and be able to make small simplistic caricatures.

You're comfortable with small caricatures. Now it's time to tackle real face caricatures. The goal here is to be able to recognize a person's face, while exaggerating its most striking traits. In order to make a beautiful caricature, you need to focus on the elements of the face to accentuate, but also on the behavior and intention of the person. The goal here is not to distort every part of the head, but the expressions and physical characteristics most visible and representative of the person. This will give you a caricature, resembling the initial subject, amusing, and whose retranscription of the strong expressions will avoid a neutral and boring drawing That's it, you've identified the right elements to work on, it's time to draw. Make your first sketches, and find the right amount of distortion and exaggeration to apply to your sketch. The drawing must however remain coherent. A face is often divided into three parts: the forehead and hair on the one hand, the eyes, nose and ears on the other, and finally the jaw and chin. If you decide to distort one or more of these elements, keep in mind that you must be able to integrate each element of the face in its respective space, adapting their size accordingly. Otherwise, the distribution will no longer be coherent, and you will have a drawing that is too wobbly, no longer focusing on the essential, and losing the desired resemblance with the model.

Make many sketches with all the angles.

When you draw a caricature of a real person, don't hesitate to make different sketches, with more or less accentuated distortions, and different drawing angles (3/4, front or profile). This will allow you to become familiar with the different positions of the face, but also to acquire automatisms that will be useful when you sketch different people in a quick way.

A short history of the art of caricature.

What is a caricature?

If we had to define caricature in a few words, we could say that it is a drawing, often a portrait, made with grotesque pencil strokes, in order to exaggerate the traits of a face or a character. Caricatures are used in many applications, such as satirical drawings, cartoons, humoristic drawings or political caricatures, in order to mock and deride certain people, often famous, thanks to illustrations drawn with a distortion and an exaggeration of their physical characteristics. This has the effect of making the models directly recognizable to observers. The caricature is often naughty, irreverent, and it is regularly adopted to denounce, but it can also be used in a lighter way, with the only aim of entertaining the tourists. 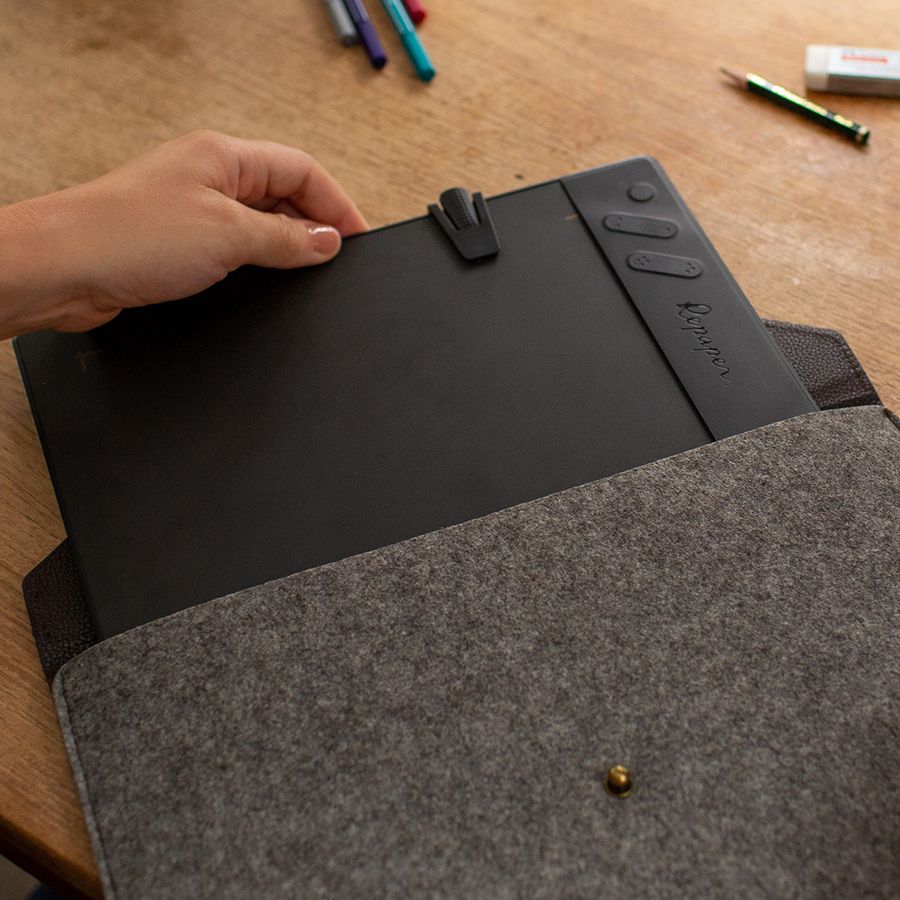 The caricature in history.

Over time, caricaturists have become famous for satirizing society through political and satirical drawings, tainted with irony, and going against censorship. The use of the caricature illustrates in particular the state of society, at each period of the history. It acquired its prestige in parallel with the development of freedom of expression and freedom of the press. This is how caricature became popular during the 19th century, with artists such as the French caricaturist Honoré Daumier, or Charles Philipon, who often used his talent as an illustrator to create a caricatured vision of the monarchy at a time the Republic was favored by a large number of supporters (the latter is best known for his depiction of Louis XVIII as a pear). The caricature is, at this period, used to support popular causes, thanks to committed cartoonists, standing against the power in place. But this vision of the caricature changes with time, and if it was still used for this purpose, it will finally find its partisans on the side of the authorities, in order to devalue the "enemies of power". This is how caricatures were used during the different wars and periods of unrest, on propaganda posters, in order to discredit certain opponents, notably during the Dreyfus affair, where the latter was represented in an exaggerated and racist manner, or during the two world wars, in order to accentuate the characters and bring ugliness to the country's declared enemies. Caricature has therefore been mainly a means of struggle, as well as propaganda, but with time, if it has kept an irreverent side, and is still used to talk about serious subjects, it is more and more popular for lighter subjects and for entertainment.

If there is a field where caricature is king, it is the press drawing. Some satirical newspapers, such as Charlie Hebdo, formerly Hara-Kiri, or Le Canard Enchaîné, have specialized in caricatured representation, with a pencil stroke tinged with irreverence, made to mock the facts of society, politics or religion. The caricature is however often used by more traditional newspapers to convey ideas, under the cover of humor, about any topic. However, the relationship between the press cartoon and the public has always been conflictual. This has been the case with the authorities in place, who have regularly censored certain newspapers following the publication of a political cartoon that was not very favorable, or with certain groups in society, as during the attack on the satirical newspaper Charlie Hebdo, following the publication of cartoons of Mohammed, where the entire editorial staff of the French weekly was attacked by an extremist group. The cartoonists are often attacked or sent to court, but the power of this type of drawing with the public makes it very popular, and explains the growing number of newspapers wishing to use them. This is why the press caricaturist must be able to work quickly, and be equipped to take inspiration wherever he or she is. If in the past the use of a sketchbook was obvious for every cartoonist, with the advent of the online media and non-stop news, it is important for the cartoonist to be able to draw at any time, anywhere, and to work on his or her sketches on a computer. The use of a portable tablet, which allows drawing anywhere without access to a computer, such as the ISKN Repaper, has become essential for professionals. They can draw the news on paper, as one would on a traditional sketchbook, and record the strokes and movements of their favorite pencil directly into the tablet's memory, thanks to the magnetic ring affixed to the pen, in order to be able to retouch their sketch on a graphic software once at the office. The press caricature thus evolves with the times, and still has a great future ahead. 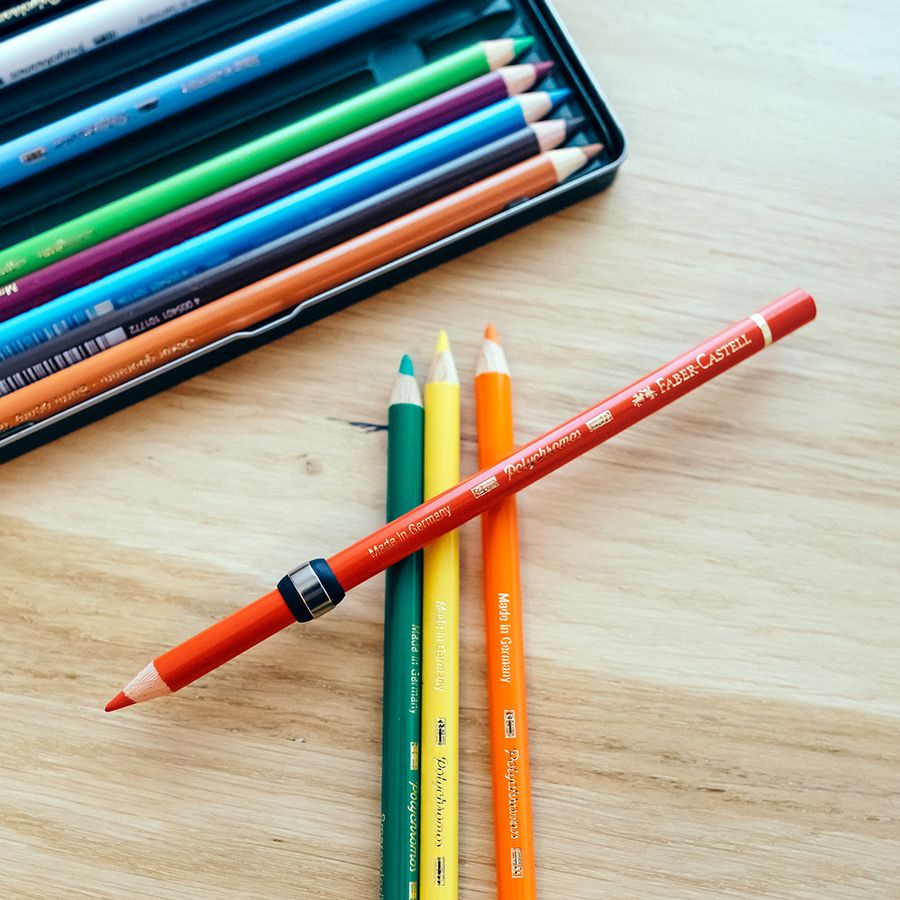 When one talks about caricature, one thinks immediately about street artists in tourist places, who make humoristic drawings of passing people, in a caricatural way, and whose resemblance to the models is undeniable. The street portraitist makes his/her drawing live, and is a real entertainment for tourists and onlookers, the goal for him/her being to make his/her clients laugh, with a crude caricature that gently mocks their most distinctive traits. Once again, it can be interesting to arm yourself with versatile equipment in this situation. Using a tablet like the ISKN Repaper can allow the street caricaturist to draw a paper version, which he or she can give to his or her client once the drawing is finished, while saving the drawing in the graphics tablet, and thus keeping the day's sketches for reworking at home, on a graphics software. Sending the drawing by email to the day's models, or even making an artistic book, many possibilities are offered to the designer, and make street drawing more modern and in tune with the times. Moreover, drawing on paper allows to work more naturally, and avoids the learning of hand-eye coordination between the surface of a graphic tablet and the computer screen.

As we have seen, if drawing a caricature allows a certain freedom in the proportions of a face, mastering it requires practice and many sketches. To convey the emotions of a face is also essential in a successful caricature. It should not be forgotten that in history, this style of drawing, before being an entertainment for tourists, is above all a means of protest, opposition, and a way to get a message across under the guise of humor. The expressions of the drawn characters, as well as the choice of the physical elements to be exaggerated, are thus very important to succeed in conveying its own intentions. 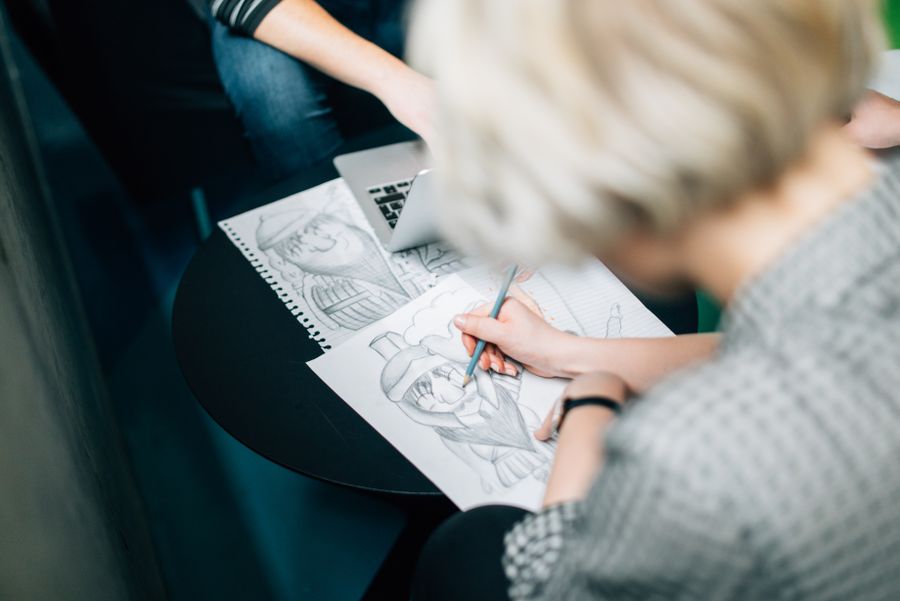