In order to visualize your projects, create videos, or simply to make art, 3D modeling has become a must for many projects. A multitude of software is dedicated to this practice, but which one to choose according to your needs, and which hardware is necessary to operate them? We give you here the tips to give you an overview of all the possibilities available to you.

What is 3D modeling?

Used in the design process, 3D modeling allows the creation of objects and shapes in three dimensions, thanks to CAD (computer-aided design) software. Necessary and present in many fields, it allows architects, designers, video game developers, or engineering specialists to offer realistic simulations of their projects, so that anyone can visualize the finished elements. To do this, the designer, draftsman or graphic artist will make an assembly of primitive shapes, proposed by the CAD software, and modify the characteristics of each volumetric object added, in order to obtain a three-dimensional model. To simplify, he or she will modify the aspect of cubes, spheres, tubes or cones, to make complex objects, and assemble them to obtain the expected 3D model. One could compare 3D modeling to digital sculpture, with automation of certain actions, provided by the design software. Thus, from virtual reality to aeronautics, through industry, art or the product development process, among many other applications, we find 3D modeling to see more easily the purpose of the desired elements. 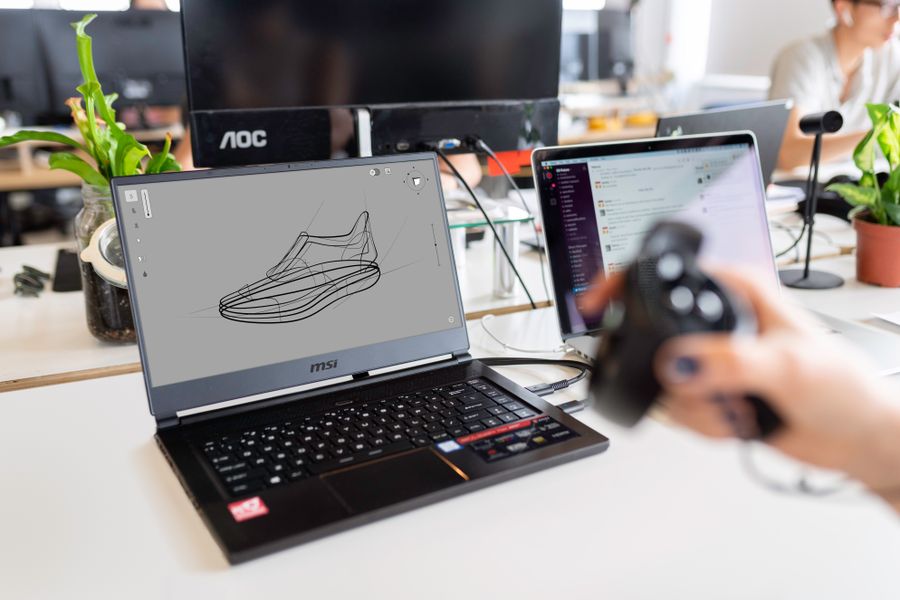 What equipment should I use to do 3D modeling?

In order to use CAD software correctly, graphic designers need to have a computer with sufficient technical capacity to use it. Windows and Mac OS, or Linux, no matter which operating system you choose, you will have no difficulty in finding software that is suitable for designing a 3D drawing. However, the power of the computer will be important for the creation of your projects. Processors, graphics cards and RAM must all be able to cope with the demands of the design program and its rendering engine when managing the 3D data of the model or when exporting it. Computer simulation of a three-dimensional model requires a great deal of computing power from the computer modeler, which should not be overlooked when purchasing your computer. Also, attaching your central unit to a screen with good colour rendering will be important to obtain the best final rendering of your 3D object.

While many 3D modeling novices use a simple mouse and keyboard, the graphics tablet can quickly become an advantage once you start using 3D software on a regular basis. Moving the different shapes that make up your 3D model, modifying them, painting your work, adding texture effects, or simply selecting tools, thanks to the stylus and the graphics tablet, everything can be done in a single movement and save you a lot of time. Moreover, for those using third-party software, as we will see later, switching from a drawing software to a modeling software will not be a problem, as the control and working device remains the same. As for any graphic application, the choice of the graphic tablet is important, and if some will be satisfied with a graphic tablet without screen, the hand-eye coordination between a modeling program and its graphic tablet can be complicated when it is a question of carrying out a first sketch in 2D of the desired final result (certain software automating the passage from 2D to 3D). The possibility of opting for a hybrid graphics tablet like the Repaper by ISKN can then be a plus, the basic drawing can be done on a sheet of paper, affixed to the active surface of the drawing tablet, and with your favorite pencil coupled with a magnetic ring retranscribing directly the lines made on your screen. The modifications can then be made in screenless mode, with a suitable pen, once the drawing has been created. All you have to do is assign shortcuts for recurring actions, and work easily and more intuitively than with traditional tools such as the mouse and keyboard. 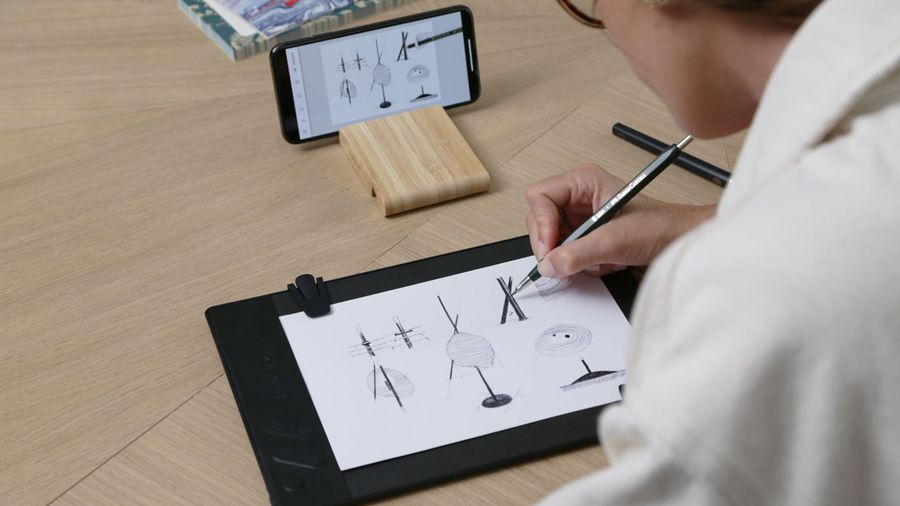 What is the best software for 3D modeling?

Blender is a free, comprehensive and versatile 3D modeling software. Intuitive, full of options, and with an easy-to-learn user interface, this three-dimensional creation software will be as suitable for beginners as for advanced users wishing to make realistic visuals, models and more complex prototypes. Its tools allow you to design all kinds of projects, from industrial design to parts design, as well as artistic models or bases for video animation for example. Blender also allows the export and import of its work in many formats, to be used in other software throughout the creation process.

More suitable for the beginner, Sketchup Pro is perfect for novices who want to make a quick three-dimensional sketch of their projects. If it is possible to model all kinds of objects with it, it is above all perfect for creating architectural and interior design plans. Easy to use and with an intuitive interface, the user will just have to download for free on the Internet one of the numerous 3D models of objects pre-modelled by the large community of users in order to integrate it to your creations. It is also thanks to this group of people who have adopted this 3D modeling program, that it will be easy for you to find any Sketchup training on the Internet to answer your questions.

Even if all kinds of 3D modeling is possible, unlike Sketchup, in Solidworks you will be more likely to create models of industrial parts or objects designed to be produced with a 3D printer for example. Solidworks will be more dedicated to professionals, offering many options that provide a wealth of data based on the materials you specify when creating your model. Industrial engineers and designers will be amazed by its 3D rendering, making it the ideal ally for the design and manufacture of technical parts requiring great precision.

Other professional software is also available for all types of use. Video game and short film creators will appreciate Maya or Cinema 4D, while architects will find it easier to turn to AutoCAD software, for example. Product designers who want to create new objects can turn to software like Rhinoceros 3D. In any case, for most of these softwares, a trial version is available in order to get an overview of their different functionalities.

On tablet and smartphone

If Procreate was known for digital painting, this application has received new functionalities allowing today, thanks to a whole range of tools, to model artworks directly in three dimensions. With a simple and easy-to-use interface, it mainly allows you to have fun modeling objects or creating 3D works of art, and remains an application focused on amateurs. However, a large number of resources can be created for more professional applications in video games or industrial design. 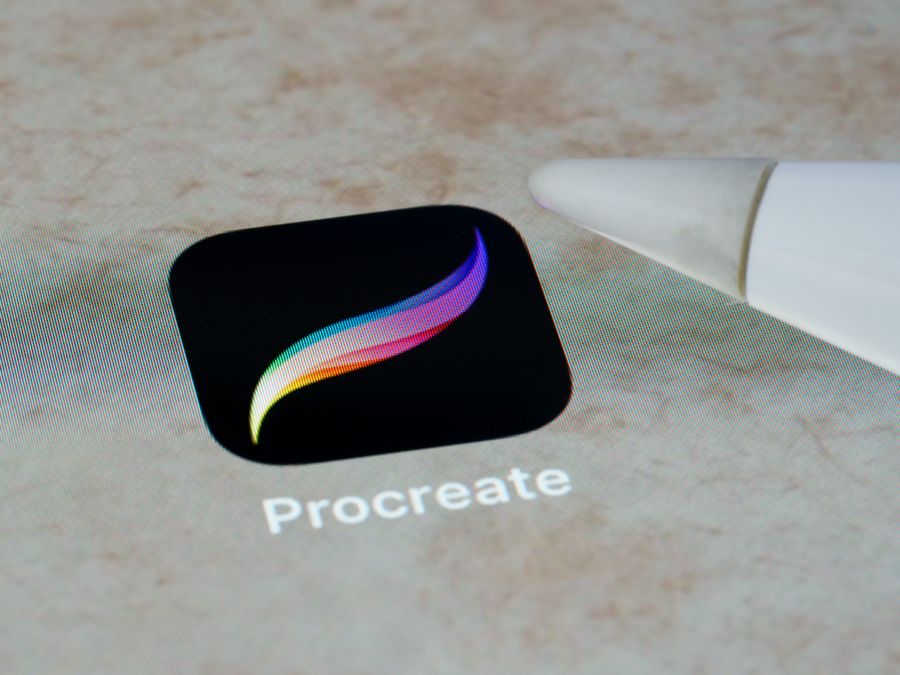 The great editor Autodesk has released a series of applications dedicated to 3D modeling. Each one has its own characteristics in order to obtain a complete range of uses and results. Thinkercad will be the perfect tool for those who want to design small objects on the computer. The ability to export files in .stl format will also allow anyone to make their files compatible with 3D printers. Mudbox will be reserved for artists wishing to create digital sculptures thanks to the great manageability of the shapes and the possibility to add paint and textures. ReCap Pro offers a small tool that allows you to model, thanks to a series of photos taken with your smartphone, an object or a person in real life. Finally, Autodesk AutoCAD will be perfect for architectural projects, thanks to its viewer and its ability to intuitively modify blueprints.

In the same way as on a computer, a large number of 3D modeling software exist. The Shapr and OneShape applications will be faithful allies for the creation of complex parts for industrialists or 3D printers. Artists will appreciate Sculptura, Putty 3D and Forger to create 3D sculptures, with its options adapted to innovation and pure creation. 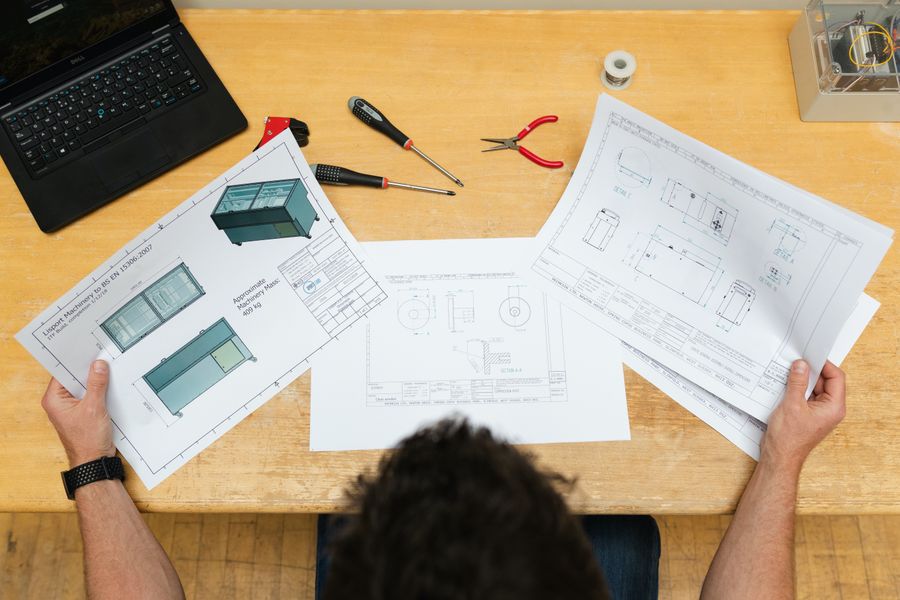 For their part, companies have understood the usefulness of offering online 3D modeling applications. This is mainly true for interior design companies, whose figurehead, Ikea, has released an application that allows you to recreate your home in three dimensions, and to insert pre-modelled furniture directly on the blueprint. These software have the advantage of being quick to use, ultra-intuitive, so that anyone can make their own 3D designs and visualize their future home. With this trend, it is likely that tomorrow, companies offering to customize objects and clothing or to design places, will almost all offer small online applications so that the customer can make his or her tests before purchase.

When we talk about 3D modeling software, we should not forget all the other software around. Indeed, many graphic artists and designers use drawing software such as Photoshop or Illustrator to obtain a sketch for their future work. Moreover, many 3D software programs allow you to transform a 2D sketch into a three-dimensional one with a single click. All that remains is for the designer to make the necessary modifications to arrive at the final result. We can also find certain connections between certain 3D CAD programs and other software such as AfterEffects, for example, where it is possible to extract files in compatible formats from one software to another. All of these programs form a microcosm that is important to master in order to carry out your projects from A to Z.

As we have seen, the use of a particular 3D modeling software will depend almost entirely on the use you wish to make of it. If some of these programs, such as Blender or Thinkercad, are quite versatile, others will be more dedicated to art or to industrial or architectural design. It's up to you to choose among all these programs, and to equip yourself with the right tools, such as a graphic tablet and a powerful computer, to work efficiently and manage the important resources that these computer programs require. 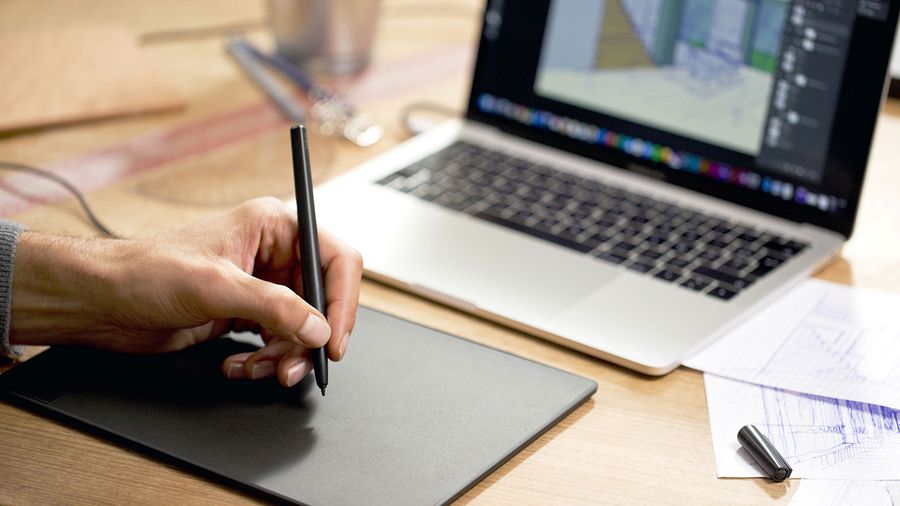 Discover how to draw in three dimensions, and explore the different techniques used for 3D perspectives.

When it comes to buying a drawing tablet that doesn't require hand-eye coordination, with the strokes taking shape directly in front of your eyes, as they would on a notebook or a conventional drawing pad, you can quickly get lost in front of the large number of devices available on the market.
United States United Kingdom France España Deutschland Italia Europe